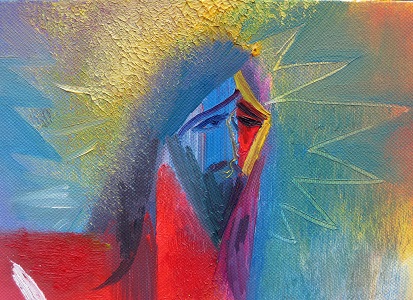 As Christians we are consumers of culture as much as anybody else. We think and live our lives subtly if not overtly influenced by the books we read, the TV or movies we watch, the music we listen to, the news or websites we tune into or even the conversations we have at the office water fountain or at the braai. The concern is that as we consume and absorb, we are usually not encouraged to think or act as Christians.

Reflective Christians who realise that they are in the world, though not of it, should think it important to ask in what ways they can effectively engage with the culture they are part of. What does engagement look like that is critical, but not merely defensive or reactionary, and show that there is beauty, reason and goodness to be found in all manner of cultural phenomenon around us?

This is something that we, as Christians, can all become better at: learning to engage with culture in ways that are winsome, thoughtful and life-affirming. You are invited to listen to and engage with the insight of a few Christians who have thought about these issues.

In Search of a Christian Aesthetic | Loraine Beaton

Dr. Duncan Reyburn teaches in information design and visual culture at the University of Pretoria’s Department of Visual Arts. He is also widely published in local and international journals, as well as a few books, the latest one being Louis C. K. and Philosophy (Open Court, USA, 2016). He is the author of the forthcoming Seeing Things As They Are: G. K. Chesterton and the Drama of Meaning (Cascade, USA, 2016). His research deals primarily with theology and the critique of ideology.

Loraine Beaton is currently head of Screen Acting at the Open Window school of Film Arts. She has a passion for the arts and has had stints at being a poet, a painter, a print-maker, a videographer, a playwrite and a theatre director. She holds a BA Honours degree in Fine Arts from the University of Pretoria, an Honours in Dramatic Arts from Rhodes University and has additional majors in English literature, philosophy and film. Loraine is currently completing her MA in Theatre and Performance at WITS University where she is researching intermedial theatre as an alternative medium for hosting the current national race debate. Loraine became a Christian around the same time she became an artist and enjoys grappling with how the two come together.

Tom Price is an Associate Tutor at Wycliffe Hall, Oxford, an Academic Tutor at the Oxford Centre for Christian Apologetics and an apologist for RZIM. He studied Philosophy at university and later completed an MA in Christian Apologetics. In recent years Tom has spoken at universities and churches in the UK, Hong Kong, Europe, South Africa, USA and other places across the world. He was previously the Founding Editor of UCCF’s website bethinking.org. Tom is interested in worldview, culture, theology, missiology, apologetics and philosophy of religion broadly. He is passionate about mission that engages with where people really are and the serious questions and objections they have about religious beliefs. Tom is married to Caroline, has young children, and they live in Oxford.

Mahlatse Winston Mashua is the Director of RZIM Zacharias Trust in South Africa. He grew up in Bushbuckridge, in the Mpumalanga Province, within a household that practiced Ancestralism (a traditional African religion). He came to know Jesus early in his life when he had a miraculous encounter during a visit to his village by itinerant missionaries. He went on to study biochemistry at the University of KwaZulu Natal, and, more recently, apologetics at the Oxford Centre for Christian Apologetics. He served as a pastor for a church in Durban for seven years where he was also involved with training the congregation in evangelism and discipleship. He regularly speaks evangelistically in many different contexts including rural villages, townships, and university campuses.